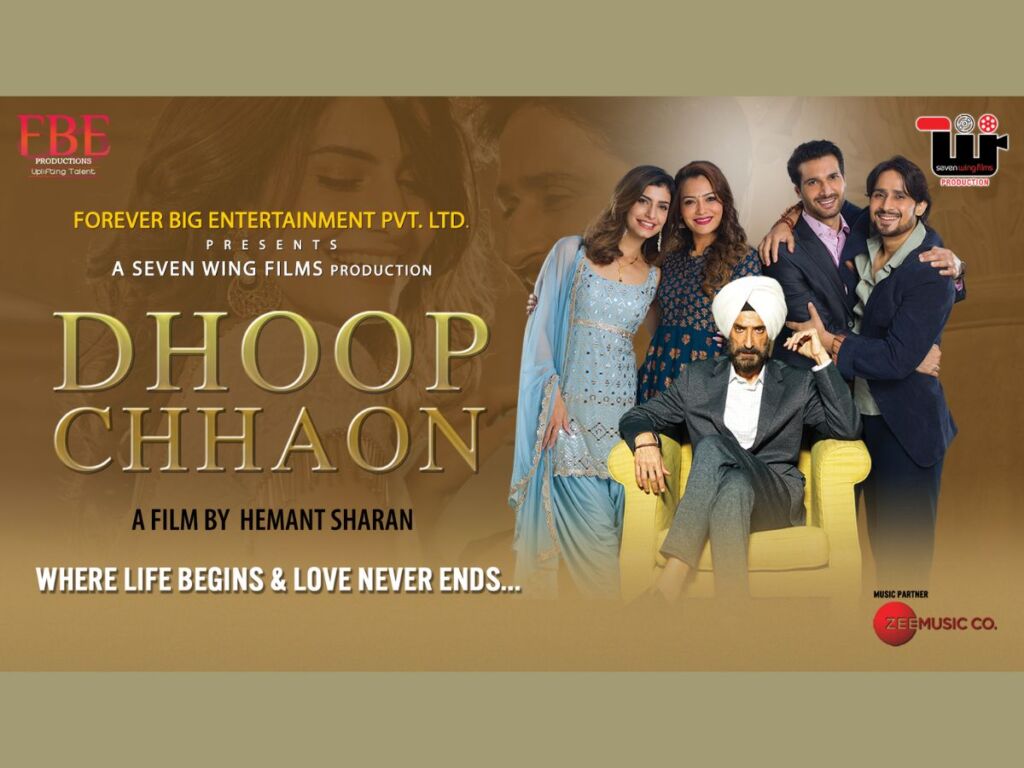 New Delhi (India), December 14: Aham Sharma, Rahul Dev, Atul Srivastava, Ashish Dixit, Abhishek Duhan, Samikssha Batnagar and Simrithi Bathija’s film Dhoop Chhaon got a special response from the audience. This was despite getting positive reviews from critics. The film Dhoop Chhaon, which was released across the country on November 4, has recovered its cost. With an average opening on the first day of its release, Dhoop Chhaon touched an approx one-crore mark in its first week.

Dhoop Chhaon was released in most multiplexes and also screened on single screens in some parts of North India. The audience did give much attention to this film in multiplexes too. The songs and story of the film won a lot of praise nationwide. However, due to some well-known casting, the film could do enough to bring the audience to the theatres. On single screens, however, the audience enjoyed it. The Producer Sachit Jain smartly planned to increase screens of Dhoop Chhaon in the second week on maximum single screens in Punjab, Haryana, Bihar, Jharkhand, Uttar Pradesh and West Bengal. Dhoop Chhaon touched the 1.3 crore mark in the first week and in the second week its total box office collection could be Rs 2.23cr On the same lines, Dhoop Chhaon collected only Rs1.92cr and 1.4cr collections in the third and fourth weeks respectively. The business of the movie moved around approximately 92 and 73 lakhs. The overseas collection went up to around 55 lakhs. After six weeks of business, the total collection of the film has been around Rs 8.9cr. Therefore, now it will be interesting to see how much money the film will earn.

Dhoop Chhaon, a film based on Indian family values, was also appreciated by the industry’s leading trend pundits. The film ‘Dhoop Chhaon’ has been produced under Forever Big Entertainment’s banner. The producers of the film are Sakshi Jain and Sachit Jain. The director is Hemant Sharan and the story is also written by him. In Dhoop Chhaon, actors Rahul Dev, Samikssha Batnagar, Aham Sharma, Atul Srivastava, Rahul Bagga, Shubhangi Latkar, Ashish Dixit, Abhishek Duhan, Simrithi Bathija and Chahatt Khanna is in key roles. The USP (unique selling point) of this film is its songs. All the songs are loved by the audience. Music composers are Amitabh Ranjan, Neeraj Sridhar and Kashi Richard. Veteran Bollywood singers Kailash Kher, Javed Ali, Anweshaa, Bhoomi Trivedi, Salman Ali and Arun Dev Yadav have lent their voices to the songs of this film. Dhoop Chhaon is marketed by Nikshay Maurya and his team, who is also the Associate Director of this film.

The post Hemant Sharan directed family drama Dhoop Chhaon which was released on 04 NOV 2022 still has its fuel igniting at the box office appeared first on City Lights.