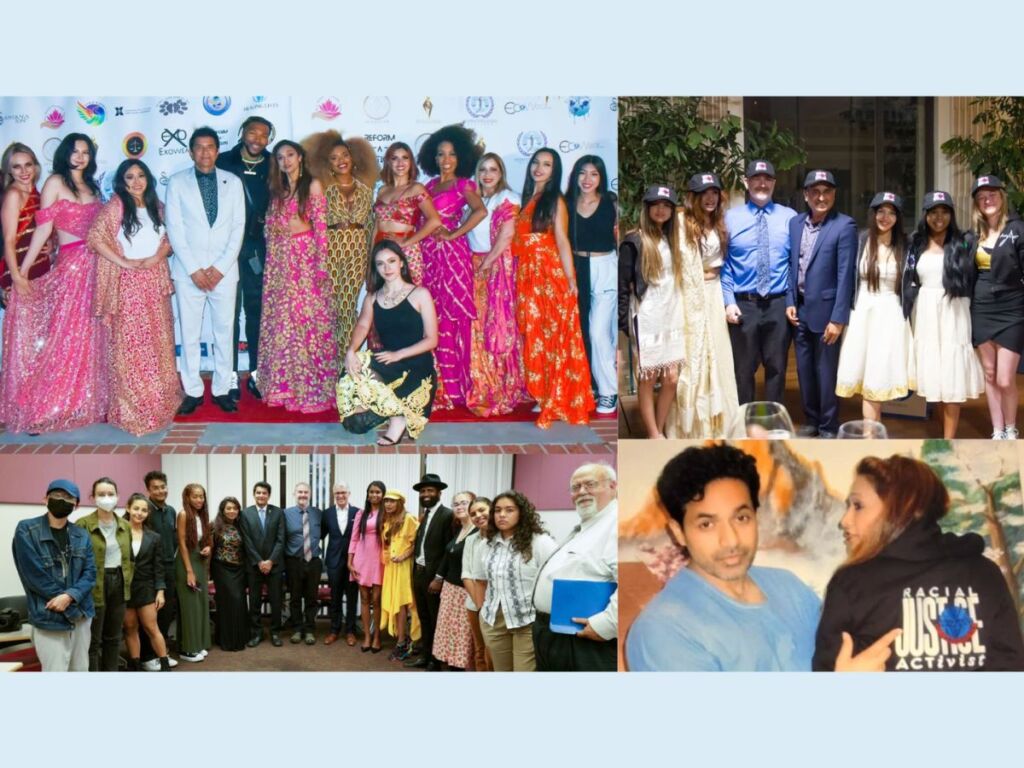 The gala began with a showing of the exclusive trailer for Meleninum Dark Ghost Stories before the capacity crowd. The film, inspired by true stories of the struggle against everyday injustices, highlights mostly coloured people who are targeted, profiled, and even sentenced to death by racial bias on the streets as well as inside courtrooms.

The film, the debut of USC film intensive student Sanjana Jon Rebecca Abraham, is an adaptation of the critically acclaimed short play by AJ Alexander. The film captures the glorification and consequences of xenophobia fuelled by American eugenics, Jim Crow laws, segregation, and nazi-white supremacy ideologies that are feeding anti-immigrant sentiments, mass shootings, and a slavery-infused prison-based industry complex.

“This movie is going to be a must-watch for everyone not only in America but worldwide that believes in justice. It’s going to tell the hard truth about what’s going on in our prison system and provide hope. It’s a must-see, you will not regret it.” said Dr. Tecoy Porter at the event.

“The Racial Justice Act is landmark legislation and making it retroactive was critical…a promise to not leave behind those with past convictions tainted by systemic racism bias, both explicit and implicit,” stated ASM Ash Kalra, author of the groundbreaking Racial Justice Act.

Vanguard Award winner Mano Raju, said, “What I love about the film is that it draws connections between individuals and international freedom movements.”

The Change Makers mini-series highlights the people, protests, and legal battles behind movements like BLM and RJA. It also highlights India Awakes, a book by Dr. Bart Fisher, about the global impact of Indian PM Narendra Modi. It gives an exclusive insider look at the rise of LADA George Gascón who has made headlines for his reform policies.

Former Assembly member and founder of the charity Mujer Alfa, Patty Lopez, said, “The law enforcement misconduct behind the wrongful conviction of minorities especially in the case of Anand Jon is disturbing.”

Actress Elyana Violet, who along with fellow cast members and filmmaker Sanjanaa are preparing projects for film festivals and streaming networks, is promoting the RJA campaign and offering merchandise for charity at https://eco-vvear.myshopify.com .

“We’re part of more than a movie. We’re part of a movement raising awareness, fundraising, and finding solutions to hate crimes wrongful convictions and climate crises” the actress said.