Skip to content
Latest News:
On This ‘WORLD CANCER DAY’: 8 Best Oncologists Share Their Advice on Increasing Risks of Cancer.
‘My Company is My Family; My Family is not My Company’, proponent Govindkaka of Shree Ramkrishna Exports Pvt. Ltd honoured with 2022 Hurun Most Respected Family Business of the Year Award
CricAdda and Sanjay Dutt: A winning combination for sports fans and gamers 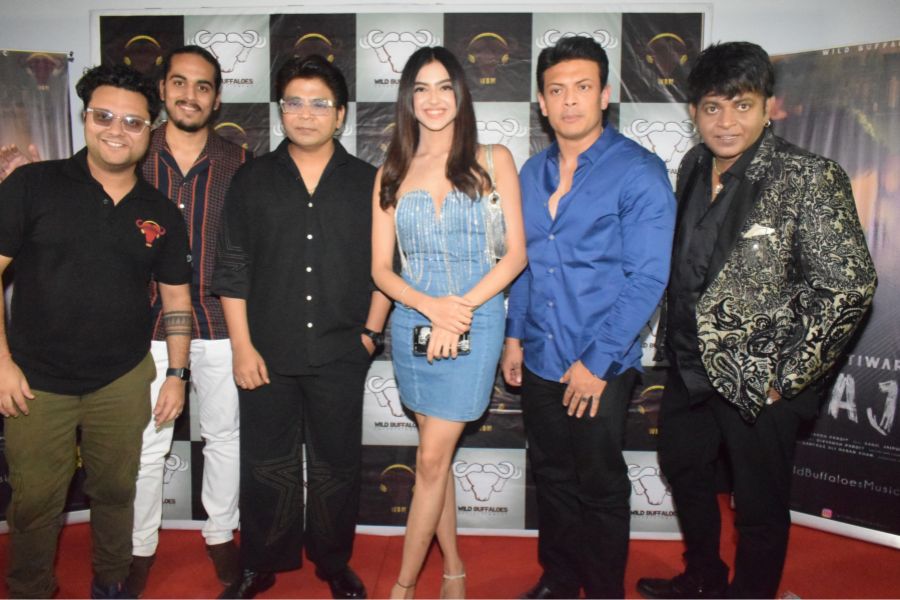 ‘Saajan’ is a catchy romantic single by Avneet. The music video, conceptualised by Divyansh, has been set in an apocalyptic world where a virus leak causes mayhem in Mumbai city. The virus is shown to turn human beings into zombies, which is transmissible to other humans through flesh deep bites. The zombies are shown to destroy the city and set it ablaze. Aadil Jaipuri and Kashika Kapoor are two passionate lovers and trained dancers, amongst whom a zombie bites Kashika, and her end is in sight. Now Aadil’s only wish is to have the last dance of his life with Kashika and transform this moment of pain into togetherness forever. The music video has been produced by Wild Buffaloes Entertainment and helmed by Divyansh Pandit, who is also the founder of the music label.

Aadil Jaipuri is the grandson of legendary lyricist Hasrat Jaipuri. He has penned evergreen songs like ‘Badan pe sitaare lapete hue’, ‘Zindagi Ek Safar hai suhana’, ‘Sun Sahiba Sun’ and many more. Aadil Jaipuri marks his return to acting after a long gap since he performed as a child artist in films like ‘Lawaris’, ‘Hadd’, ‘Do aankhein baara haath’ and many more, including tv shows.

At the launch event, Ankit Tiwari expressed his thoughts on his collaboration with Wild Buffaloes Music by saying, “Divyansh Pandit and his team are not just a bunch of ambitious youngsters, but they breathe immense passion, and this is what attracted me to say a yes for this project for the more. The song is really catchy, and I knew I would enjoy singing it. All my wishes and luck to Divyansh and Wild Buffaloes Music for their future endeavours.”

When Divyansh was asked to express his thoughts, he said, “It is kind of adventurous for me to slip into the boots of a founder of a music label, then a producer and then a director. I really enjoy the process. In fact, when I heard the song, the first thought that came to my mind was that I did not just want to present the song to our audience but present it in a unique way. It was when I thought of setting up a story of two lovers against the backdrop of a zombie apocalypse. In my opinion, everything for this music video changed after this concept. I was extremely delighted when Ankit Tiwari Sir came on board to lend his voice for this song, and what more would I ask for with an on-point casting.”

Aadil expressed, “I have always looked forward to acting since it has always been my passion, and featuring in a music video which demands not just dancing but also emoting the right emotions was extremely satisfying. And what more should I ask when the music video is being directed by my favourite, Divyansh Pandit and the track, sung by one of our favourites, Ankit Tiwari.”

And lastly, Kashika also expressed her joy by saying, “When I heard the concept, it took me a couple of minutes to digest the fact that a romantic number would be picturised in a world of a zombie apocalypse and when I did, I was bowled over. That was the moment I knew that this project would set the stage for me to showcase my talent in the right fashion. I am looking forward to working with Wild Buffaloes and especially the director, Divyansh.”