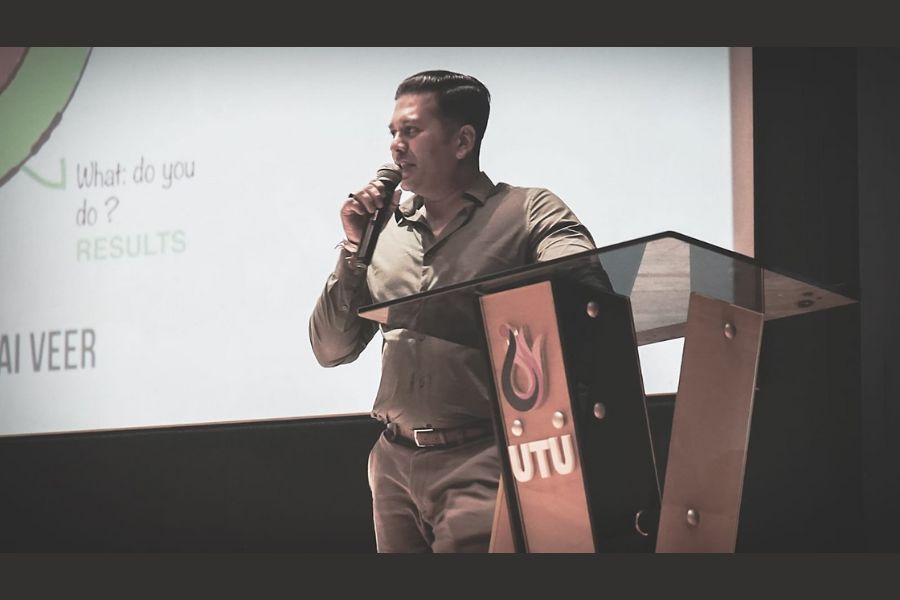 Surat, September 22: Noted industrialist Viral Desai, who is more popularly known as Greenman for his environmental initiatives, delivered an inspiring address at the Uka Tarsadia University.

Viral Desai addressed nearly 700 engineering students of the university who are just beginning their engineering studies. The address was organised as a part of the student’s orientation programme.

Viral Desai delivered his talk on the topic “Mission 2047: Inspiring youth for Amritkaal”. His address, which received a rousing response from the students and other participants, was about the important role of the youth in nation-building and where the country should be in the year 2047 when it completes 100 years of its independence. He told the youngsters that their focus must not be on only becoming graduates or successful professionals in one or the other field but on becoming good citizens and contributing to the nation’s development. He urged them to give utmost importance to the conservation of the environment in their conduct and vision.

“The young students of today are going to be the leaders and responsible citizens of tomorrow. You will be playing diverse roles when the country celebrates 100 years of independence. You must be prepared to face the challenges that come along and contribute to India emerging as a force to reckon with at the global level,” he said in his address.